BlogsGeneticsDNA, Chromosomes, and Genes – The Building Blocks Of The Genetic Code 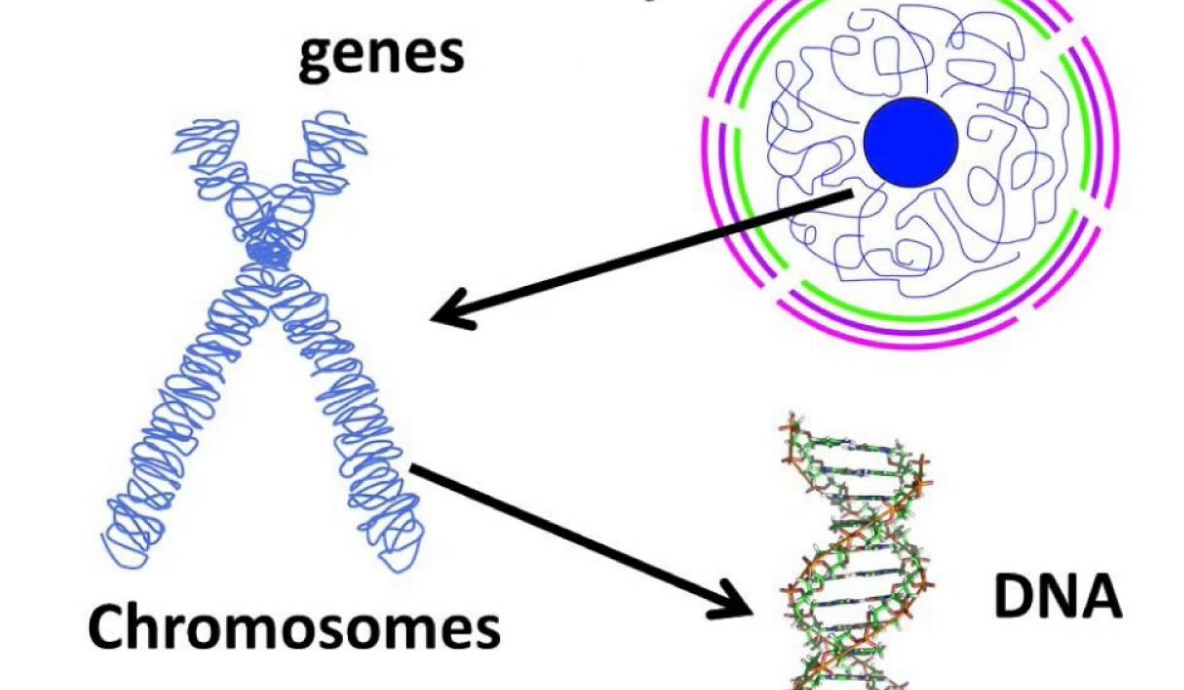 DNA, Chromosomes, and Genes – The Building Blocks Of The Genetic Code

In the era of making reels, people have been mixing everything, whether or not it makes any sense. But what makes sense is you and your cousin look the same or have habits that may be the same. This can seem a little tricky to understand. Come, let’s talk about this in detail

Have you come to a time when you don’t know what to do in certain situations or how to handle them? And you go to your parents or siblings for assistance? Why is it that the first thought that comes to our mind when we find ourselves in trouble is of our blood relatives? This is because we share a certain relationship with them that links us to them and makes us feel close to them.

You may also come across situations where you grow up; you are referred to as Junior Billy, Junior Mary, or whatever your parents’ names are, but your sibling may not be called the same. Do you ever wonder why? It’s not that every sibling may be the exact replica of each other when it comes to talking to elders or interacting with others. Some may be introverts, and some may be shy, while others may be outgoing. The reason is that you inherited traits from both your mother and father. But the amount or percentage may vary and is not the same.

We are pretty sure you must be aware of the terms DNA, chromosomes, and genes. If you don’t hold extensive knowledge about these topics, we are here to guide you through them. So, let’s begin –

DNA as we know it, or deoxyribonucleic acid, is a hereditary material present in humans as well as other organisms. It is seen that almost every person’s body inherits the same DNA. While some amount of DNA is found in the mitochondria, most of the DNA is located in the cell nucleus. DNA is responsible for supplying the genetic instructions that focus on telling living creatures how to develop, live, and reproduce.

A single DNA molecule is made with two strands wound around each other. DNA is passed on from parents, both mother, and father, to their child. The amount (or percentage) of DNA passes may vary with each individual. For instance, A may have 40% of the mother’s DNA and 60% of the father’s, whereas B may have 70% of the mother’s DNA and only 30% of the father’s. But what’s certain is they both will have a mixture of both, which makes it understandable why you have a nose like your father and hair like your mother.

Siblings may also share the same habits or looks because of their common source of DNA. Whether or not in the same proportion, siblings are likely to share traits in different ways.

Now, let’s have a look at the facts about DNA –

Wow. This makes us understand why we share certain habits or looks with our parents or blood relatives.

Now, as we’re quite aware of the term DNA, chromosomes may sound like brand new information to some of us. But don’t worry, we will help you with this and make you well versed in it.

First things first, it may sound like a nutcracker to spell, but it’s not that difficult. A chromosome is pronounced as KROH-muh-some, meaning a structure that is found inside the nucleus of a cell. A chromosome consists of proteins and DNA organized into genes.

Normally, each cell consists of about 23 pairs of chromosomes. A chromosome is not visible in the cell’s nucleus, not even with the help of a microscope. But, chromosomes become tightly packed during cell division which makes them visible under a microscope.

Now, let’s have a look at the facts about chromosomes –

We hope this made you learn a little more about chromosomes. Did you also know the term Chromosome comes from the Greek words chroma meaning color, and soma, meaning body?

Genes are made up of DNA. In the human body, genes vary from a few hundred DNA to around 2 million bases (or more). Each individual possesses two copies of each gene, one inherited from each parent. A gene is basically the unit of heredity passed from parent to their children. They contain information that makes specific proteins lead to the expression of a specific physical trait or characteristic – like the texture of your hair, eye color, or any other particular function in a cell.

Almost everything about a living being is decided by genes. Hundreds of internal and external factors might get affected by genes. The reason behind having height like your father or eyes like your mother is because of genes. Genes come from our parents, making us look and behave like this in a certain manner.

In 1990, the Human Genome Project was started at the United States National Institutes of Health (NIH) and the Department of Energy by a group of international researchers. Their aim was to sequence 3 billion base pairs in the human genome. The project came to an end in the year 2003, which leaves us with access to the data generated during the tenure.

Now let’s dive into some facts about Genes!

Those were some interesting facts. This is the very reason why some kids have talents like rolling their tongue or folding their ears entirely because their parents inherit these qualities.

Now let’s have a sneak-peek into Single Nucleotide Polymorphisms, what they are, and what their importance is. Come, let’s find out –

A Single Nucleotide Polymorphisms or SNP (pronounced as snip) is basically the most common type of genetic variation among people. In the DNA sequence, if 1% of the population does not carry the same nucleotide at a particular position, then this variation is classified as SNP. When an SNP occurs in a gene, it is said to have two or more alleles.

While DNA, chromosomes, and genes are the building blocks of genetic code, what is genetic code?

A code that our body uses to convert instructions present in our DNA is called a genetic code. The genetic code was believed to be identical in all forms of life, but recent studies show that they differ in certain organisms. Genetic code has a universal nature, meaning all species (with minor exceptions) use it for protein synthesis.

For a better understanding of the genetic code, here are a few of its characteristics –

After having read about DNA, chromosomes, and genes, it has become clear that all these terms are interrelated to each other and help in deciding the behavior of a human body. Whether tall, short, fair, or skinny, each quality you possess is passed on by your parents. But if this is the case, why do siblings fight? 😛 It’s because every individual has certain traits making them unique from others.

We think you are now ready to flaunt your knowledge about DNA, genes, and chromosomes to your friends and family. Let them know the scientific reason behind the shared traits in the family.

We hope you had a great time indulging and reading our blog. A scientific topic can be dull, but we enjoyed writing it for you as simplified as possible.

Happy Reading Y’all! We would be pleased to see you again on our page!