BlogsGeneticsAstonishing Insights From Your Genes 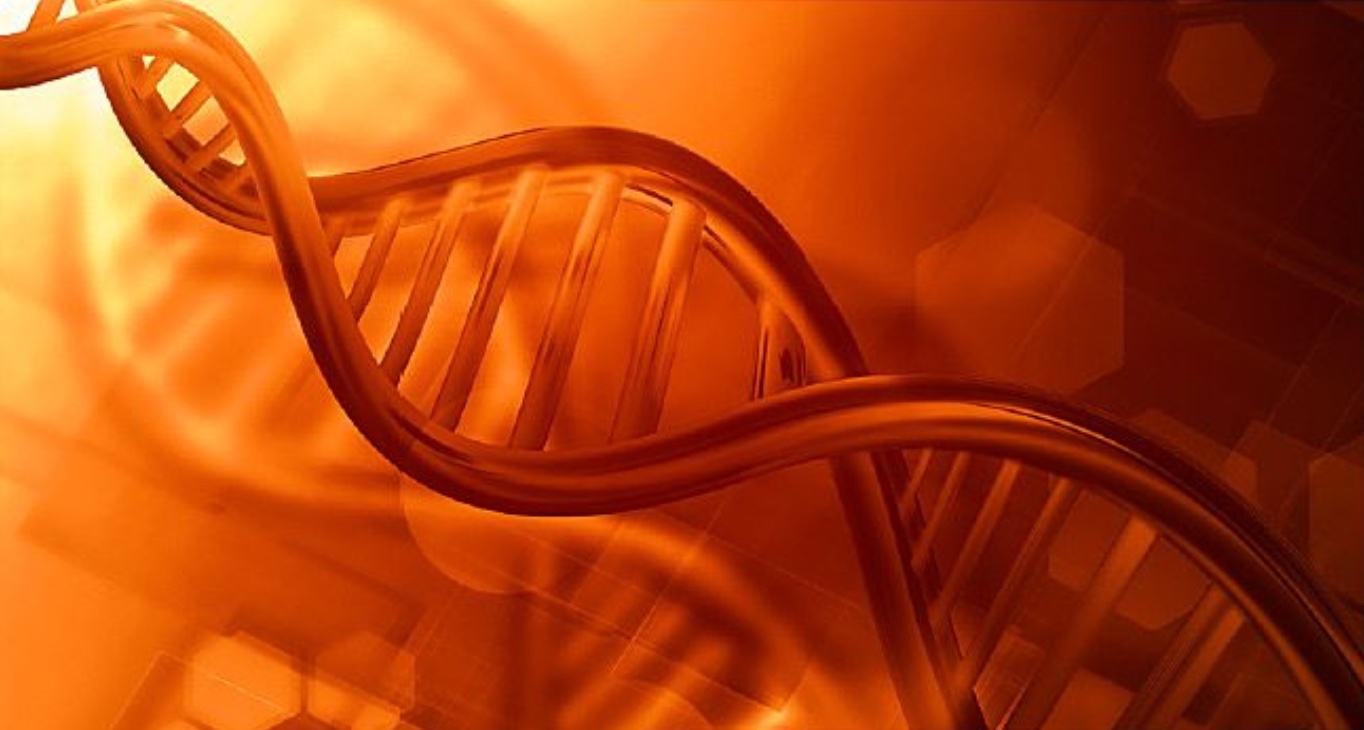 Astonishing Insights From Your Genes

We all have used these phrases at least once in our life,

However, many do not comprehend the depth of what they are saying.

Even if you are nodding your head in yes, don’t be worried; we will teach you a bunch about your genes and genetics in this article.

To define, genes are made up of DNA, available in chromosomes. We all inherit genes from our parents, and the structure of our genes demonstrates how our body evolves and operates.

People often get confused between genes and DNA. However, genes are simply short pieces of DNA, but be mindful that not all DNA are genes.  Think of it this way:

Your DNA is like a book (actually many books, but who’s counting)
Genes are like a sentence in that book.
Single nucleotide polymorphism (SNPs) or also called alleles are like a letter in that sentence.

99 Percent of Genes are the Same in all the Humans

You might not believe your eyes while reading this that humans have a lot more in common than we might think. If we compare two people on a genetic basis, around 99 percent of genes are precisely the same.

And genetic differences that account for less than 1 percent lead to the diversity we see within the human population—traits such as height, eye color, and blood type all depend on your DNA. More particularly, variations of the same gene, known as alleles, are accountable for these differences.

The most interesting fact about a gene is that it can tell a lot about us. Let’s name some things you can find out from your genes one by one…

Things You Can Find Out From Your Genes

Genes even decide the diseases in the body. For instance, if genes are normal, they act accurately, but if they are abnormal or damaged, they may bring out diseases. These are also known as gene mutations or changes. Out of which, only some gene changes vary in households that too by chance and are named hereditary or inherited disorders and diseases.

Generally, a gene mutation is the root cause of disease. But, most diseases also emerge due to an unfortunate blend of genetic, lifestyle and environmental factors.

To check for any mutations or to look at your genes, one can rely on genetic testing. The test can be done with either a sample of blood, or tissue, but the most common would be a saliva test.

Genetic testing can be done for many reasons:

6 Diseases You Can Discover By a Genetic Test

The Origins Of Gray Hair

Your genes can tell you all about your first gray strand. Scientists discovered a gene that allows you to find out if — and how earlier — you’ll get that “distinguished look.” The gene, known as IRF4, enables the pigment in your hair,  skin, and even the eyes. It may offer us insight on aging and perhaps how to hold off those silver locks.

Besides, researchers also discovered the genes that are linked to balding,  unibrow, and type of hair, like curly or straight hair.

Do you Sneeze in the Sunlight?

Do you and all members of your family or a few members of your family sneeze when you suddenly encounter bright light? This phenomenon is known as photic sneeze reflex, and about a quarter of the population experience the same. There is no explanation yet of how bright light makes us sneeze, but scientists stated that your parents’ genes, passed down to you, are the reason. That means, even if one of your parents sneezes in the sun, there is a 50% chance that you will too.

A Gene Speaks about your Drinking habits

You know your genes can tell about your drinking habits too. That means there is a strong association between a particular gene and impulsive behavior.

Scientists discovered that a pattern in a gene known as KALRN might play a vital role in communicating if the person is into it.

These conclusions may also throw light on why some of us have difficulty controlling our cravings to drink, do drugs, and attempt dangerous activities.

Whether You are an Owl or Lark?

Have you ever noticed that there is a particular time duration when you feel most energetic or most sleepy, like always?

It is not you but your genes.

Distinct genes play a part in your circadian rhythm speed and how it matches the 24-hour schedule.

Most people run on a 24-hour schedule, but the speed, whether it is faster or slower, makes you a morning lark or a night owl. And ultimately, your body’s internal clock or circadian rhythm decides that you’re most alert and productive at what time of day. Mutations in those genes can lead to disorders that make you wake up or fall asleep at strange hours.

Are Your Genes Responsible for Your Weight?

Are you fed up with your bulky size or lean shape? Or do you blame yourself for it? Don’t anymore! Because when it comes to your size,  how much you exercise or eat isn’t the whole story.

Your genes are responsible too.

Scientists have found that people’s genes encourage them toward a higher-than-healthy weight. Hence it’s not always true that a nutritious diet favors staying slim. Well, you can speak to your doctor for guidance on how to get started when this is the scenario.

It is commonly known to all of us that a pregnant woman’s diet and drinking habits affect the baby’s health. But very few know that the father is also influencing kids’ health in some way or another.

As men get more aged, if they accumulate a lot of weight or turn into heavy drinkers, their genes behave the same way. Further, when running down, those mutations may influence their kids’ — or even grandkids’ — possibilities of acquiring conditions like diabetes, autism, cancer, and many such diseases.

Strange but true. As our species evolved, our ancestors encountered many viral illnesses.

It is beneficial for us too. Because a bit of your DNA is leftovers from the viruses, our predecessors fought off. At first, scientists thought that these odd bits had no sense. But when they pulled it from cells in a lab, the remaining genes could no longer trigger the immune system to fight off new virus attacks.

As a result, we found that all such ancient viruses have been defending us against new ones.

It’s your genes that decide the traits that you were born with — like your eye color or hair quality, or many more. Those contrasts help define how you look, how your body operates, your chances for diseases, and even your personality. As they are molecules – scientists require a microscope to catch them — that carries data passed down from your parents. As mentioned above, most DNAs are the same for everybody, but the slight percentage of them is yours only.

What Does Genetics Speak About Cross-Species Lifespans?

Different creature species have very distinct lifespans. For instance, the Greenland shark lives for around 400 years, whereas some species of mayfly live only for 5 minutes. The explanation for such disparities is genetics.

Professor David Gems from University College London, who is an expert in aging, once said

“the question could mean: are the upper limits of longevity in humans as a species primarily determined by genetics, in which case the answer is ‘near certain’. For example, the maximum lifespan of human beings is approximately twice that of our closest relatives among the higher primates, such as chimpanzees and gorillas.”

Environment and Genes – Unique Yet Connected

While going through the points mentioned above, you might have already understood that your genes affect your characteristics in some way or another. But you know there are some environmental impacts too on your characteristics (of course, genes are not always blamed).

For instance, you may have inherited genes from your parents that must make you tall, but you could remain short if you have a poor diet growing up.

In order to comprehend how much influence your environment has on someone, scientists examined identical twins. Since Identical twins carry similar genes, if any personality differences occur, like health and ability, they are caused by disparities in their surroundings.

Isn’t it pretty intriguing to read about Genes? These facts are not all, but sure you were left fascinated after knowing them…

But wait, are you wondering what could be hiding in your Genes? It may be good to find out but keep in mind that only your personality or looks etc., depends on your genes, but your choices also play a role in what you are (that totally depends on you).

Even Mehmet Oz (known professionally as Dr. Oz) once said,

“Your genetics load the gun. Your lifestyle pulls the trigger.”

Our Genes + Our Choices =  Our Health (Tempting, right?)

If this formula works for all of us, then why not choose a healthy lifestyle with Autumn (us, not the season) in every season. Our supplements made with the highest-quality ingredients can help you inherit the health that your genes missed for you. Reach us to get a tailored supplement program to your mailbox, or first learn how it works!

Also, if you found this blog engaging, there are many more on our website. Keep scrolling, keep reading!